Time for the traditional post to outline what happened the past year and the goals for the next one. It’s gonna be longer than usual, so no pressure to read this! :-) 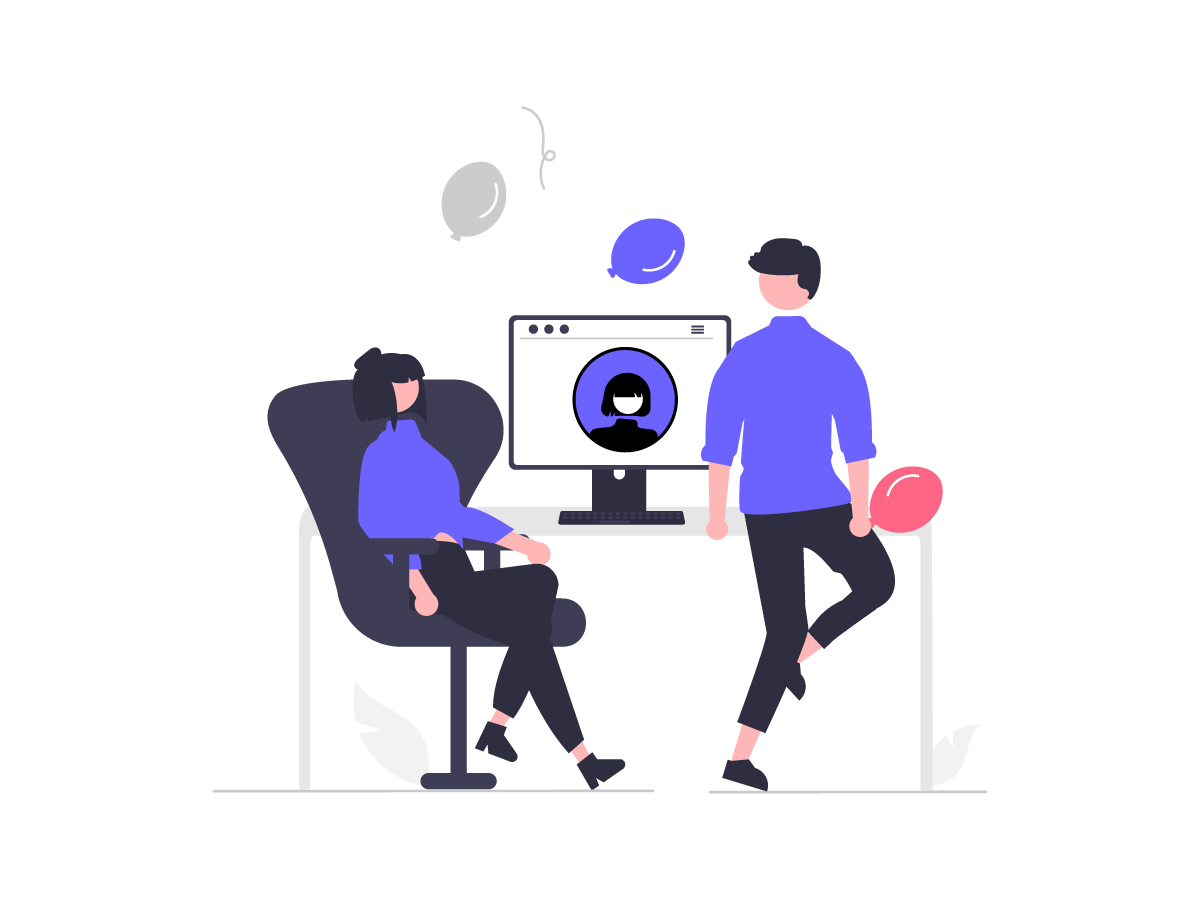 It’s certainly been a weird year. From following up on the decision to lead unDraw into maintenance mode to prepare it for the future, to almost getting acquired which wasted most of the year and finally getting back on track in the last quarter. While last year I couldn’t believe unDraw surpassed 400k users twice, this year the average was over 400k which is quite amazing for a 2-person project.

Maintenance Mode: Having designed 1.4k illustrations in the first three years, I’ve decided to focus not on growing but improving the library with the latest more defined and versatile style. It was data collected and lessons learnt that led the evolution of the unDraw style so I had to implement it to a wider scale. With over 600 completely re-designed from scratch illustrations, that is exactly what happened and the new improved style now is almost dominant across the collection.

Almost Acquired: Super rare for an open-source project but last year we found ourselves going through an acquisition process. Cannot say much for obvious reasons but I had to add it to last year’s log, if not as the highlight since it was a first-time experience for me, but as the reason most of the year was unproductive. Anyway, that’s a story for another time.

Collaborations & Adobe: Now onto the good parts of 2021. During the second half of the year, we had the chance to work with the Adobe Creative Cloud partnerships team and to build upon the cool beginning we had with unDraw for XD. This led to unDraw X, a brand new version for CC users that contains some unique illustrations ready to be synced in their libraries. We also released the stable version for the Symbols for Miro integration and completed an upcoming integration for Framer. These tools and more like Moodful can be found now inside unDraw in the creative tools page.

Handcrafts & v3: We also rebuilt unDraw from scratch for the third time. Real-time SVG downloads, perfect Lighthouse scores but more importantly and for the first time a brand new illustration collection. Handcrafts is the modern and lightweight alternative style that is now live under the same open-source license! Although it’s still very early, the designs I’ve seen have been impressive so I’ll be updating the collection really soon!

Last year the decision was to get unDraw into maintenance mode. This provides a strong foundation to now focus on growth. Not only to reach more people, but to create new designs and products that can have true impact and help lots of creatives. Instead of a detailed roadmap to allow for more creative freedom, here are some areas we’ll be focusing on.

Applied Design: We have to return to unDraw’s initial mission to provide everyone with high quality design assets. This could mean that we should move beyond illustrations to more production-ready design solutions. Design should not be a bottleneck and speed bump for creating new products so that’s a part I’d love to work on to solve problems.

A New Illustration Standard: I had the chance to return to my actual work as an illustrator and experiment extensively with some new styles. So I’m happy to be in the process of documenting and sharing my research. I’m pretty convinced this could have a huge impact on modern web design comparable to the one that unDraw has.

Practical Animation: An area that used to be extremely exclusive is now opening up and with a few modifications and tools it can be available for everyone. Rive, Framer Motion and AirBnB’s Lottie (not the “files” thing, the actual tech) are leading the way and it’s now time to help the mainstream adoption.

Builder Knowledge: In our pursuit of keeping unDraw open and inclusive for everyone, we created Virality. It will soon be launched and it will not only help ensure the viability of unDraw but also help people who produce quality work share their knowledge, progress and ideas.

Anyway, now it’s not the time to expand further on any of the above. Now it's time to celebrate reaching this incredible milestone! 4 years of open-source design! It could not have been possible without the most supportive and wonderful community! Once again, thank you to everyone who has helped and used unDraw!